I found a Heavenly Mother in World Mission Society Church of God Philippines. 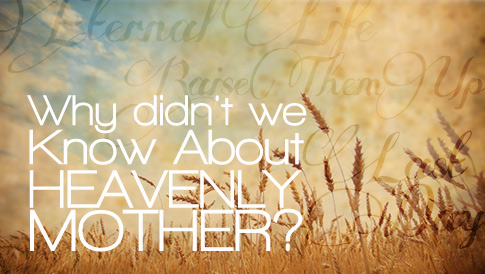 It’s been almost six years since I settled down here in Manila. Coming to the Philippines was such an excellent opportunity to start up a new life with my lovely kids.  I am a single mother of a boy and a girl, who are now four and six, respectively this year.  They are so much precious to me, and I cannot imagine my life without them. Heavenly Mother may sound quite awkward to everyone, but I would like to take this great opportunity to share God’s beautiful work done to lead me toward Heavenly Mother.

Before Knowing Heavenly Mother, my Life was Uncomfortable

Before coming to the Philippines, I used to work as a missionary in a Presbyterian church in Sydney, Australia.  The church was big enough to hold more than 1000 members in every service, and we were always so proud to be a part of the church.

From a certain point of time, however, I started to feel a little awkward and uncomfortable in the church.  Among many renowned pastors and engaging speakers for some special services, I could not find an even single person whom I believe delivers the right words of God as written in Bible. Even though they were all famous not only locally but internationally, they seemed to speak only about themselves rather than God Almighty.  It was like a well-prepared set off a meal so anyone could come and have it a try, which means the service was more like a show or performance which was far from holy and devotional.

Feeling sick and tired of ungodly and immoral behaviors of those overseers who were thought to work for God, I finally decided to leave my position and came to the Philippines to make a better new life.  In the beginning, nothing mattered at all except some cultural differences, but as time went by, I strongly felt home sick and the severe loneliness; so did my loving children.

One day, I met two Philippines in the shopping mall, and they said they wanted to do some questionnaires to me about Heavenly Mother.  When I heard that word, ’Heavenly Mother,’ I thought they were joking around since I have never heard before. More importantly, however, they showed that very exact word in the Bible, which was quite surprising and even shocking.

On the following day, they invited me to their church named, World Mission Society Church of God located in the center of Manila, and which somewhat motivated me to start a Bible study with them on a regular basis whenever the time is allowed. My visiting the church was good in most parts; the people, the atmosphere, the words of God, and so on.

Why didn’t I know about Heavenly Mother?

I found my Real Mother

Just like we have a physical mother at home, we do have a spiritual mother, a Heavenly Mother who bore our spirit.  As for me, the word, “mother” is something as precious as gold since I lost my mom at the age of 20 because of her cancer.  As I studied more about the Heavenly Mother in the Bible, I thought He finally led me to the very true church established by my true Savior.

Making a new life as a foreigner in a different country is quite tough and challenging enough, but now, I am encouraged by Heavenly Mother every day so that I could stay active and firm in God as Her beautiful one.  Today too, I give all thanks and praises to Heavenly Mother for allowing me this excellent chance to share my beautiful realization.